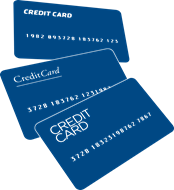 For 2 weeks during September Citizens Advice asked all local Centres to visit local banks to see how they are complying with The Payment Accounts Directive which was implemented into UK law on 18 September 2016 as the Payment Accounts Regulations. The research was also undertaken to find out how helpful these banks would be with the demand for transactional accounts with the implementation of Universal Credit (UC). UC cannot be paid into Post Office Card Accounts (POCA). UC will also increase the demand for basic bank accounts – a no frills account, no overdraft facilities in particular for our most vulnerable clients.

b) Why would that option be most appropriate for a person in that position?

Person 1: someone who is an undischarged bankrupt or was recently approved for a debt relief order (DRO).

Person 2: a person how has an authorised overdraft and other debts to your bank.

Person 3: a person who has recently arrived to work in the UK from another EU member state who needs a bank account. They speak little English. They are on a low income and in receipt of in-work benefit and want a bank account which cannot go overdrawn.

Person 4: someone who has been asked by government to open a transactional bank account to receive benefits.

Person 5: Someone who often uses their authorised overdraft and has debts to organisations other than your bank.

Seven banks were visited in Bognor – Halifax, Santander, Lloyds, NatWest, HSBC, Barclays and Nationwide. All answered the questions but some were more helpful them others.

One bank was the more helpful for clients whose income is benefits. Two banks would accept new customers who have debts (HSBC and Lloyds). One bank (Santander) said that basic bank accounts were not encouraged in their branch. Two banks were very unhelpful (Barclays and Nationwide).

All would accept customers who didn’t have a passport or photo card driving licence but they had to provide 2 other forms of identity, this wouldn’t help those who are homeless.

All would use a credit score to determine whether they could open an account. This means that clients need to know before hand which bank would be the most helpful to them as if they have a negative credit check at one this would show up at the next bank and so compound the problem of poor credit scoring.

It’s not only those on benefits who have problems opening bank accounts. Recently a client attended the Bognor Centre having had his attempts to open an account for his benefits refused. This is also impacting on any attempt of him finding a job as he has no account to have his salary paid into. This is a regular problem we see with clients finding work but having no bank accounts and the banks refusing to open even a basic account in particular if they have had debts.

With UC coming to this area next spring the problems of opening a bank account will compound. Alongside this with UC the DWP are tightening up on benefits being paid into third party accounts.