“Although we predict financial hardship for many, we are there to support you through all this.” 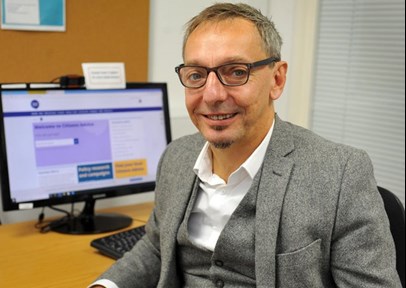 That was the message from Luca Badioli, CEO of Arun and Chichester Citizens Advice Bureau (CAB), which has remained open to support residents throughout the coronavirus pandemic.

Despite only 34 out of 119 volunteers being available to work at the height of lockdown, the CAB has been able to continue to provide a service remotely, against the odds.

Mr Badioli said: “We stopped delivering a face-to-face service on March 19, before the announcement on the 23rd.

“We were planning for a digital future so we could reach more people but this put us in a situation where we had to quickly adapt and convert from a 70 per cent face-to-face service to 100 per cent digital.

“We found ourselves with a skeleton quality workforce, whilst demand kept increasing. I had to deliver equipment and mobile phones to all our staff to make sure we could continue to deliver the service.

“We are proud to say that during lockdown, we haven’t stopped delivering the service, not even one day.”

Mr Badioli, who has worked with the CAB in a number of different roles since 2003, said he is ‘really proud’ of his team for the way in which they handled the unprecedented situation. 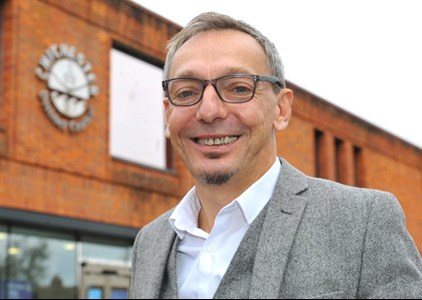 He said: “The job initially was quite demanding. The picture appeared bleak for the future. There were issues about how we were going to reach clients, deal with excess demands and mental health of our staff and volunteers.

“It can be daunting and lonely for some people [working from home]. We had to consider health and safety at all times.

“Our staff and volunteers have adapted and showed resilience, showing that providing a service to people in need is at the front of everything we do.”

• Luca Badioli said that, between March 23 and September 22, the Arun and Chichester CAB dealt with 6,327 clients — two thirds of the number of people helped during the whole of last year (9,803).

• Mr Badioli said benefit and employment enquiries topped the charts for the first time since he arrived in 2003. The team received 340 enquiries about redundancy between March and September, which was more than double last year’s total (146).

Mr Badioli said: “Overall, over this period, debt enquiries have been quite low due to the central government system to reduce debt during this period and minimise financial hardship.

“The top was benefit enquiries. The second was employment enquiries, which was a first in my 17 years with the organisation. Due to furlough scheme and people worried about pay and entitlement and redundancies.

“People were obviously concerned and wanted to understand the furlough scheme. Due to redundancies, many more people claimed Universal Credit.”

Mr Badioli said it was a ‘relief’ when the restrictions were lifted, with attempts made to phase the face-to-face service back in. However, after undertaking risk assessments, this had to stop once again, with more than 60 volunteers continuing to provide advice remotely.

Mr Badioli assured clients that they are ‘not going away’, adding: “Please contact us if you need to seek advice or information about what’s going on. We have a telephone line, advice line, web chat.

“If you are dealing with an advice line, ask to be directly referred to us. We are there to help in this difficult time. In months to come, I think we will be really needed.

“We are likely to see an increase in financial hardship enquires. We have more systems put in place by the government.”

To get in touch with the Arun and Chichester Citizens Advice Bureau, visit www.arunchichestercab.org.uk or call 0344 477 1171 (Monday to Friday 10am - 4pm)